Well, I did it: I finally forced myself to watch some of the “classics” I’ve somehow missed on my inadvertent journey to becoming a Screen Studies major. By compiling a list of every movie I am ashamed to have never seen and forcing my friends to initial the ones they wouldn’t mind watching twice, I figured I had set myself up for success, achievement, culture, education. I chose Easy Rider (1969, Dennis Hopper), The Birds (1963, Alfred Hitchcock), and Blue Velvet (1986, David Lynch). 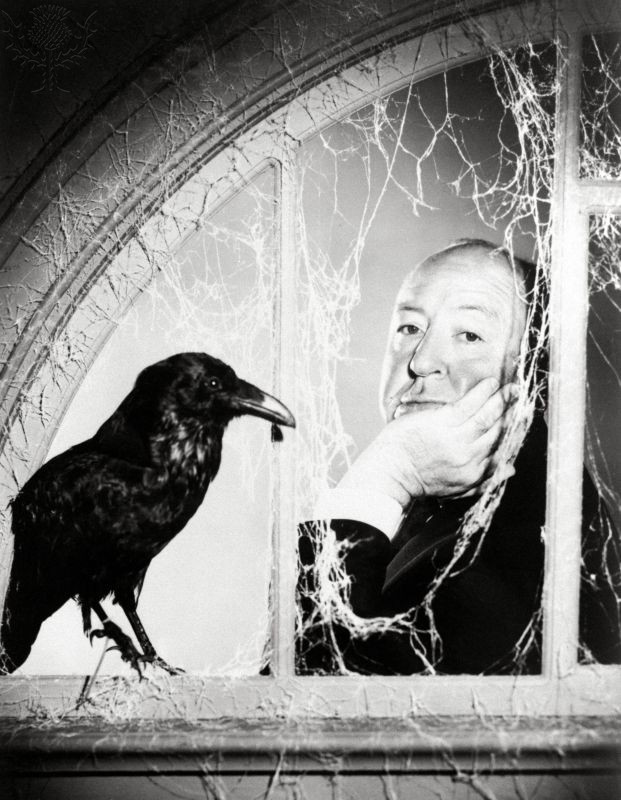 hitchcock with avian friend during the making of “The birds,” 1963

And now, here I am, trying to consider exactly what I’ve seen.

I’ve seen a lot of things.

I’ve seen a man with bloodstained holes where his eyes used to be, another gruesomely stabbed to death in a sleeping blanket, and a group of gangsters moved to tears by a lip-synched rendition of “In Dreams.” More unsettling, I’ve seen Dennis Hopper as both one half of a freedom-chasing, drug-using motorcycle duo and as a sadomasochistic sociopath who gets off wearing a gas mask. Perhaps even more unsettling still, I’ve seen a vulnerable Jack Nicholson (vulnerable? Jack Nicholson?) succumb to the peer pressure of two freewheeling hippies and anxiously take a hit of his first joint.

Needless to say, these movies have left me with a lot on my mind, while 20 years of life and education have left me with an infuriatingly insufficient ability to articulate it all. I’ve nearly finished the course requirements that fulfill my Screen Studies major thus far, and as a result I can critically examine the meaning of certain camera angles, costume decisions, light temperature, and transitions, among other details. I could point out the total absence of non-diegetic music in the soundtrack of The Birds, how horribly the silences enhance the anticipation of impending crowing sounds, how starkly it contrasts with the feel-good road trip playlist of Easy Rider and the recurring nominal theme of Blue Velvet. I could analyze Hopper’s jarring quick cuts back and forth from present to future, scene to scene, and explain how such an unconventional technique underlines how strange the easygoing motorcycle life seemed to the square society surrounding Billy and the aptly and unsubtly named Captain America. And I could talk about how Blue Velvet – well, I wouldn’t even know where to start.

But this is the trouble when movie lovers become film students. Once you are trained in the art of noticing technicalities, the ability to simply sit back and watch a movie slowly but surely evolves into a constant process of interpretation and evaluation, until you suddenly find yourself reading an impossible amount into every romantic comedy and action movie you see with your family, and they all get sick of you asking what they thought because “I liked it” is no longer good enough. Frankly, and from a film student’s unrelenting eye, the movies I watched are so rich with deliberate mysteries, I feel I could write a thesis for each one in an attempt to solve it all – but there is a thin thread tying together my discombobulated train of thoughts. Hanging over my mental rubble is a hazy but discernible smog, an overwhelming and conflicted sense of America. 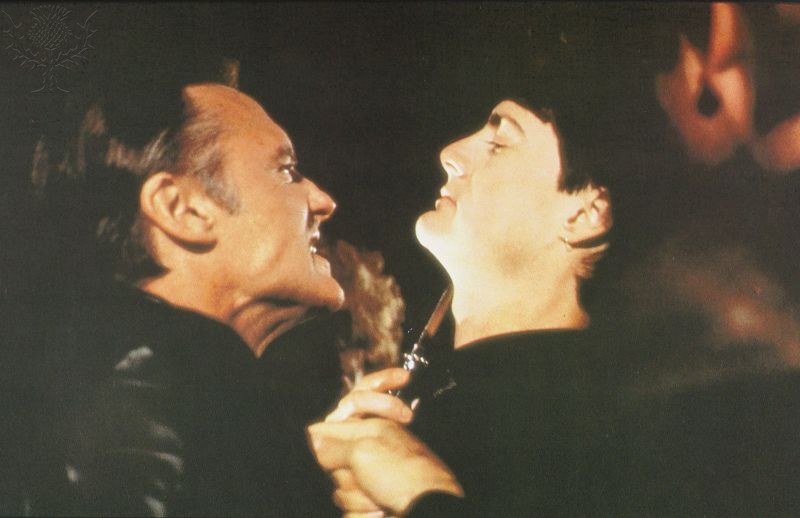 But what else is new, really? On-screen, off-screen – the Americas are the same.

Though these films are aesthetically dated in ways that could never be recreated now without accusations of insincerity or that unconvincing, too-smooth Hollywood glow, I was surprised (I don’t know why) to realize that, in theory, America is just as terrifying as it always has been. Whether I imagined the past or the present as more of a golden age I couldn’t say; I have just always been under the impression that something fundamental had changed between “now” and “then,” but now, I’m not so sure. A while back, I recall posting a rare politically-charged status on Facebook regarding the Supreme Court decision which allows corporations to refuse contraception health coverage, openly wondering how we’ve allowed things to get so unreasonably out of control. (I try to keep these comments few and far between – sooner or later, everyone starts to hate that one person who posts too much of a too-strong opinion). Through my passionately confused, concerned fit of outrage, dulled only by the silent, padded walls of the Internet, I was suddenly reminded of Easy Rider’s tagline: “A man went looking for America. And couldn’t find it anywhere.” Then an image of Blue Velvet struck me, vaguely – white picket fence, green grass, red roses, and all the filth that lives beneath. 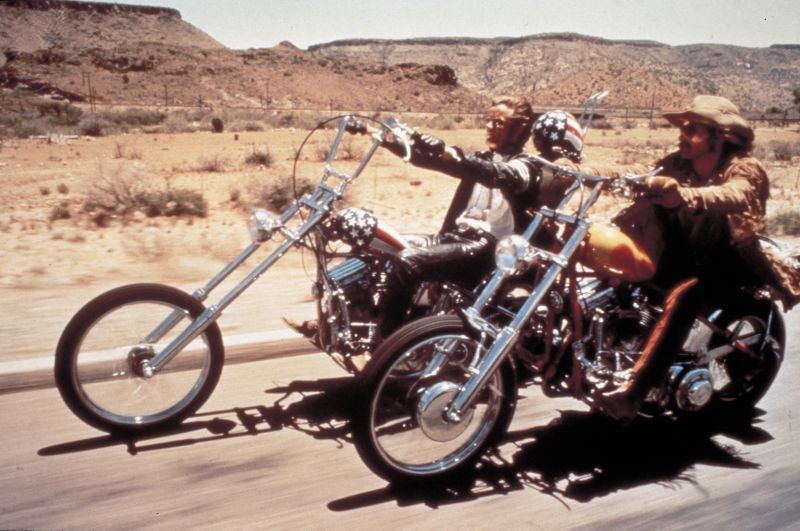 It was all so big, I wasn’t sure if the links were truly there or if I had imagined them in a desperate attempt to create some meaning in my stupid life – and then – Godzilla! The Birds! Apocalypse! America! It was there, all there! It was all one horrible, beautiful web of fiction and lies, of myth and reality, of now and then, of me and of them.

What really unites The Birds, Blue Velvet, and Easy Rider, is the responsibility of the individual, and the deeply significant absence of love. Whether or not this is indicative of some universal lack of love for the American Dream is relevant in some ways, but irrelevant in others. Human relationships, whether between Tippi Hedren and her handsome pet store customer, Blue Velvet‘s young hero and his high school lover, or Billy and Captain America, are irrelevant to these stories. While flirtation, sex, and friendship do exist and move the plot, the utter emptiness of these relationships mainly highlight the utter emptiness of these characters and the world they live in – that is to say, America. Things have changed – the specifics, yes (the distinctly eighties hair, the sixties cinematography, the political context, the popular culture) – but what struck a nerve in me was realizing how true these movies still are, and how alone we and you and I often feel in the universal longing to do or make something worthwhile, in this world or in ourselves, asking, is this the way to live?

Perhaps, as it so often happens, I’m reading too much into things. Perhaps I’m a twenty-something cynic, doomed to a life of reading Dostoevsky with troubled, furrowed brows. Or perhaps I ought to buy a pack of cigarettes and Mrs. Wagner’s pies, walk off, and look for something better than the America found here.

Sasha  Kohan is a student at Clark University, Worcester, Mass., pursuing a degree in English and Screen Studies.