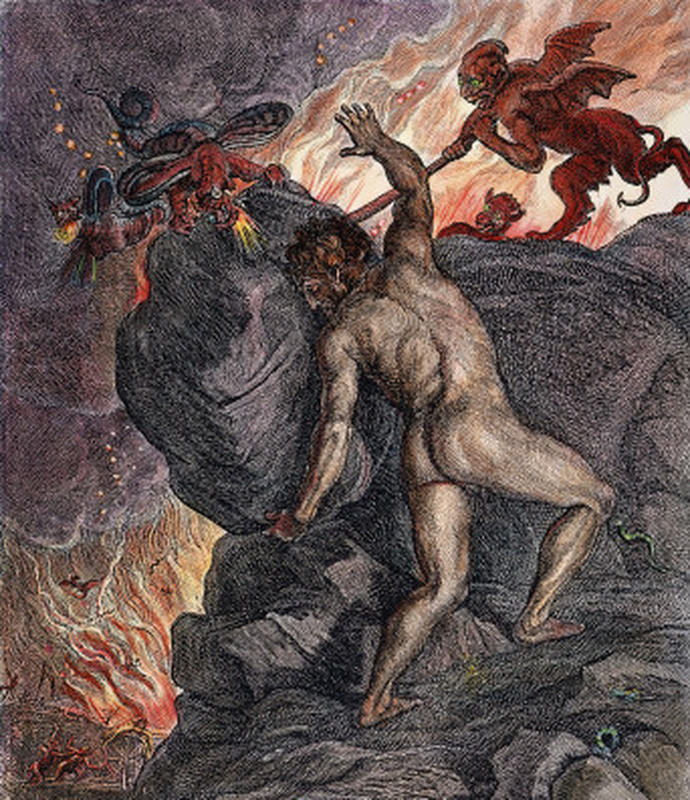 This massive stone,
Leaves my palms dried like palm leaves.
So calloused and jagged.

My back aches.
Pain pulsates as I plead like a preacher.
Ammonia and iron droplets glaze my torso.

O my ego!
How I once held you like a firstborn,
And now deny you like a bastard.

Yet despite the stone Death, himself, destined to descend.
It is not the weight, alone, that summons the most sweat.
But the moment before it falls which fuels my feeble fingers.

She is that moment,
Between sheer strength
And irrevocable devastation.

She is that moment,
That requires each knuckled muscle.
Each stressed vessel.

She is that moment,
That preludes a sorrowful symphony.
That warns my eventual mourning.

She is that moment,
That painfully liberates me.
For it is only when I fail that I am free.

She is that moment,
That binds me to the push of an inching boulder,
A stone Death, himself, destined to descend!

Mohamed Elmaola studies psychology and entrepreneurship at Clark University, Worcester, Massachusetts. He is interested in education reform, and he runs an organization called the Worcester Soccer House that offers free soccer clinics and classes in life skills to youth.