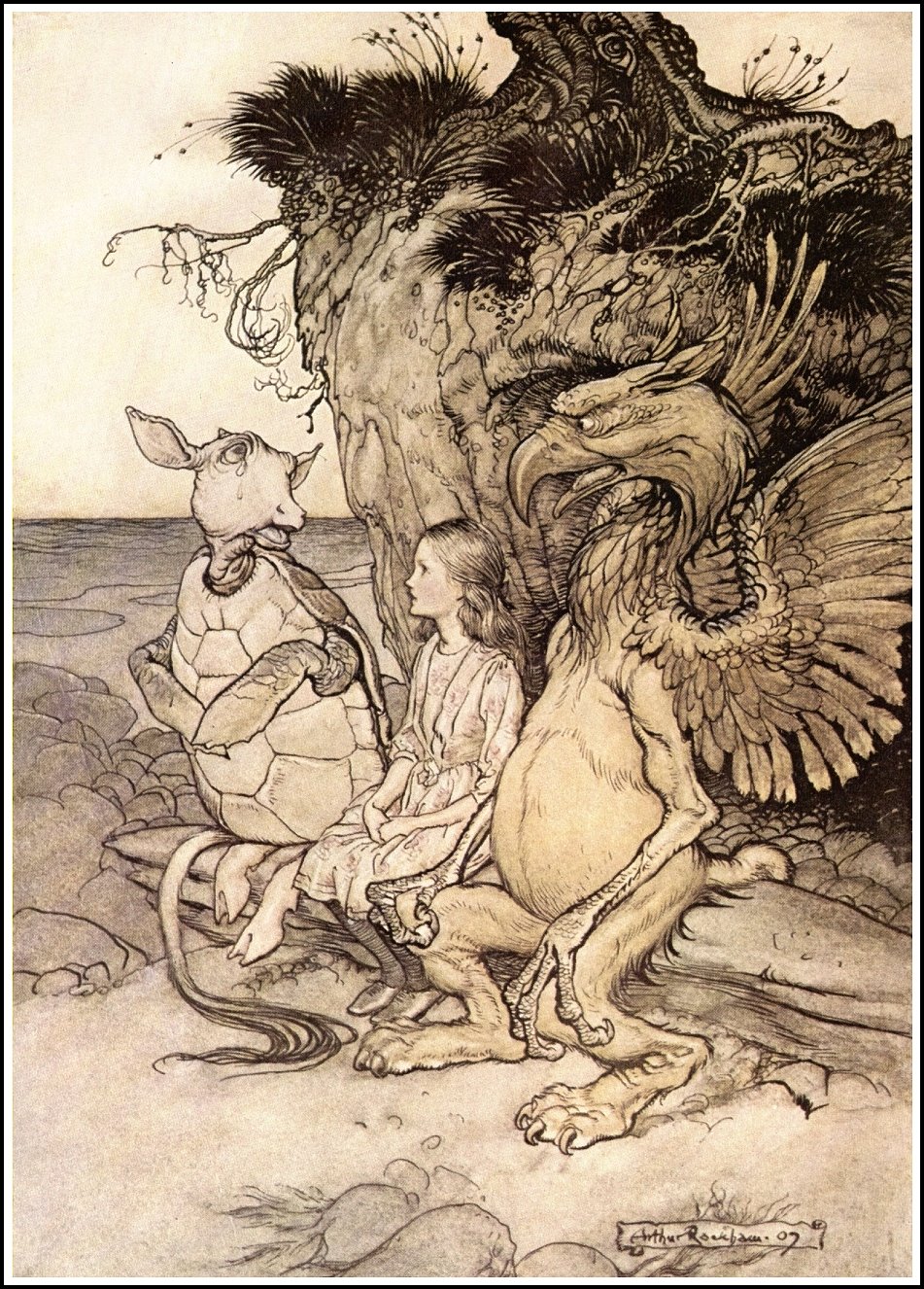 Lewis Carroll’s six-year-old Alice, stranded in Wonderland, bleakly reminds us of the irretrievability of our childhood personas: “I can’t go back to yesterday because I was a different person then,” she explains to the Mock Turtle.

Alice’s theory holds true. Regressing to the persons we were yesterday, or, even more implausibly, to our six-year-old selves, would be not only nonsensical, but also counterproductive, since it would deprive us of our ability to couple our imaginations with the knowledge age provides. The aim, then, perhaps should be more modest–to preserve our interest in the world’s endless possibilities, so that, as the White Queen counseled Alice, we can “imagine six impossible things before breakfast.”

We have to grow up. Adulthood grimly beckons. But, in growing up, must we be distanced from the imaginative glory of childhood? As we grow older, we are preoccupied with escaping reality and assuming it tarnishes the imagination, and even though children and adults exist in the same world, the reality we experience as adults sharply contrasts with the one in which our childhood selves fashioned fictitious characters and improbable fairy tales. So what changes?

W.B. Yeats’ poem, The Stolen Child, laments the world of weary and saddening realism: “Come away, O human child!/To the waters and the wild/With a faery, hand in hand,/For the world’s more full of weeping than you can understand.” Pervading these lines is the notion that children must be removed from the world’s influence in order to achieve happiness. The child’s separation from society, however, does not require a physical displacement, but a mental one. Children, Yeats argues, are not called to be recluses; rather, they are challenged to transcend the mundane aspects of the world by exercising their imaginations. The realm of the imagination enlivens the child’s interests and restores a vision of the world’s virtues.

But these imaginative escapes forged during our fanciful childhood years seem to dwindle as adulthood approaches, severing us from the child’s natural proclivity to perceive wonder and excitement in the world. No longer able to evade the monotony of the world, we become captured fugitives, shackled to a dull version of reality. In his “Ode: Intimations of Immortality from Recollections of Early Childhood,” William Wordsworth mourns the adult’s inability to perceive wonder in the world: “But yet I know, where’er I go,/That there hath pass’d away a glory from the earth.” Although adults maintain the ability to see the aspects of nature, such as a rainbow, that once sparked their childhood imaginations, these objects are now lackluster – their “glory” goes unseen. Something that occurs during human aging, therefore, divorces adults from a divine connection with nature.

I sometimes wonder if the taking of standardized tests, which all emerging scholars must endure, forces us to concretize our understandings. Tests prompt children to take out their No. 2 pencils and systematically select an answer demarcated by the choices A, B, or C. These tests have become mainstream, and few escape them, especially since new educational standards mandate that all students be held to the same standard. While the system is no doubt convenient and efficient, it essentially provides a black- and-white education. When there are only three possible choices, the individual can neither invent nor expand upon those choices, and some of their imaginative faculties are lost. When there is nothing to create or imagine, adults become complacent and lax, seduced into the lethargy of selecting from a prescribed list, and thinking it a real choice.

When this exposure to standardization is coupled with a heightened awareness of time passing, adults are even less likely to exercise their imaginations. And then there is the contemporary consumerist frenzy, which unapologetically narrows our desires to consumption and profitability and insists on the notion that time should be useful; hence, “time is money.” Under these pressures, there is, in a very real sense, no time for nonsense.

But nonsense (non-sense), as Lewis Carroll well knew, can be hugely important to creativity and the imagination.  Perhaps we should all take the White Queen’s advice and start imagining the impossible.

One thought on “Wonderland: Re-entry Not Permitted?”