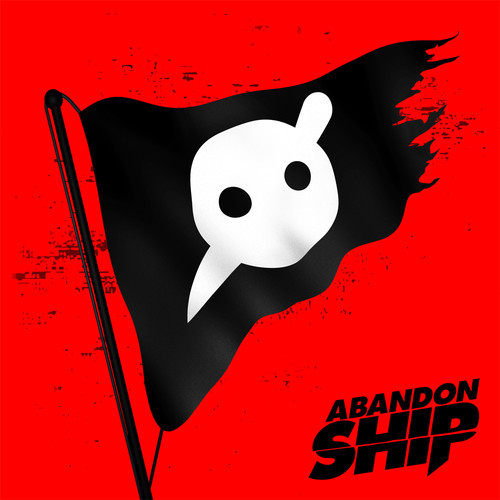 Knife Party, as far as side projects go, has gotten really big. The electronic music act features Rob Swire and Gareth McGrillen, two members of the Australian band Pendulum. They started Pendulum back in 2002 as rock and metal musicians dabbling in computer music, and have since achieved major success with their signature mix of rock and electronic music.

But in 2011 Swire posted a 20-second clip titled “Not Pendulum” featuring a glitchy, rumbling dance track that had more in common with the work of electronic dance music producer Skrillex than his old work. That clip became Knife Party. Since then, the duo has shifted attention from Pendulum to Knife Party, releasing three EPs (four-track mini-albums) that augment the violent, distorted synths of electro house and dubstep with a goofy sense of humor and a love for cheesy sci-fi/horror flicks. If you watched Breaking Bad, you’ve probably heard the Knife Party song “Bonfire,” that wall-shaking love child of reggae and dubstep that graced the fifth season.

You can hear the musicians’ bending and blending of genres in songs like “EDM Death Machine,” which kicks off with, “In the future, nobody will drop the bass / No one will do the Harlem Shake,” then continues by remixing “Sandstorm,” that trance song that has never stopped playing since 1999. And then there’s “Centipede,” which starts with a 40-second clip about giant killer centipedes hunting tarantulas. Yup.

Now the duo is back with a full album, Abandon Ship. And it’s amazing.

About half of the album is classic Knife Party fare, the sort of music that will either get you dancing or give you a headache. At the album’s loudest, heavily processed drums pound out steady, powerful rhythms, meaty synth chords flood your ears, and bass sounds, metal guitars, and robot speech shake down your house.  Goofy audio clips dispersed in the music make you laugh as hard as you dance. Imagine Transformers 8: MegaÜber Dance Fight taking place in a haunted house in space, add some lasers, and you’ll have idea of where this album can go.

But not even the most turned-up tracks here stay full throttle all the time. The duo doesn’t shy away from extended interludes where they replace heavy drums and violent bass with smooth, liquid-feeling chords and staccato melodies that bounce around your head like blinking lights on a computer. This occasional mellowness is a good thing, because a perpetual tsunami of sound would drive the heads of all but the most dedicated ravers into the nearest brick wall. That said, every track here is still an all-out dance number, so you may need to stop halfway through the hour of music to catch your breath.

Some of the tracks throw the raging-robot sound out the window, exploring vastly different styles. The first track, “Reconnect,” introduces the album with a cinematic flair somewhere between Star Trek and Pirates of the Caribbean. Then, in “Begin Again,” the musicians return to their roots in Pendulum, with light background synths, blaring trumpets, and Rob Swire belting out cliche yet catchy lyrics. But the most out-there song–by far–is “Superstar.” It’s disco. Sung by Bryn Christopher, the track has all the funky guitars and retro synths your heart desires, and I can’t stop dancing to it.

The album is dotted with little jokes to spice things up. In “EDM Trend Machine,” the duo plays brief pieces of stereotypical rave music, then, with a cartoonish vinyl scratch, cut to a completely different sound. The house track “404” features error-message sounds from decade-old computers. “Micropenis” features a 30-second interlude seemingly ripped out of an NES game and narrated by a text-to-speech generator. And, well, it’s called “Micropenis.”

As Abandon Ship released, Rob Swire tweeted that he was happy just to make it, even if it sold poorly and he and Gareth McGrillen would “have to sell organs for food.” And that shows in the album itself (well, maybe not the organ-selling bit). It’s lovingly crafted, but it’s never too serious not to have fun with.

You can download this album via iTunes, Google Play, or Beatport, buy a CD via the musicians’ site, or stream the entire album for free on their SoundCloud page (https://soundcloud.com/knifepartyinc).

Ajey Pandey is a 12th grade student at Mass Academy of Math and Science, Worcester, Mass. He enjoys writing, making music, and especially writing about music.