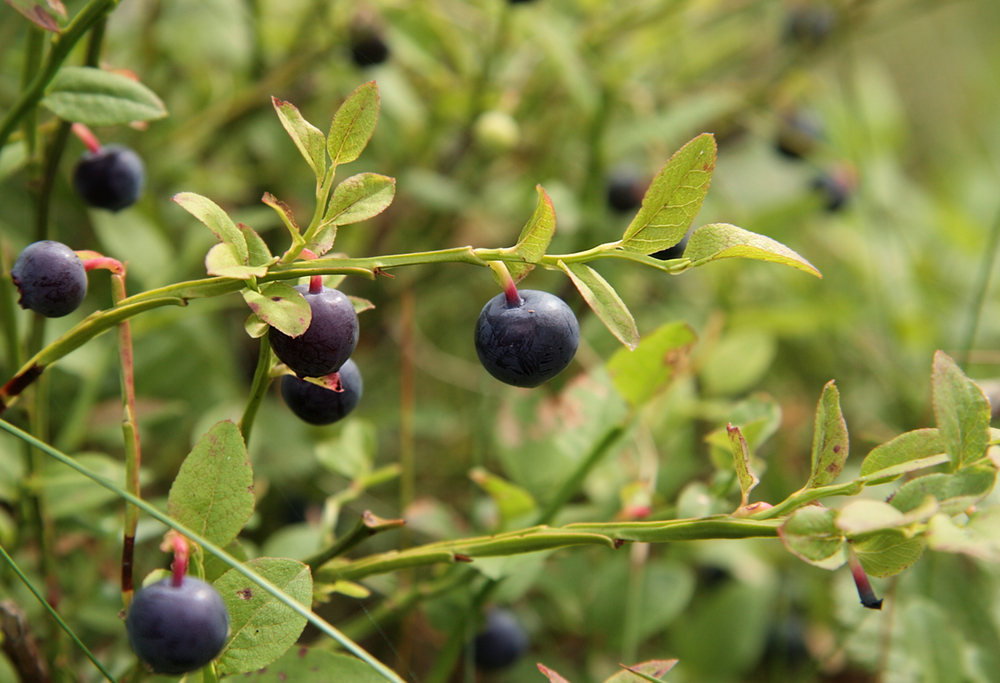 As I follow my grandfather into his garage, which is stuffed with old furniture gathering dust, gardening tools, kitchenware, and old board games, a musty smell reaches my nose. He grabs the short stepladder that I am too small to carry and motions me to follow him into the backyard. The sun has warmed the air on this pleasant June afternoon. We stop at the edge of the woods, and he sets up the ladder. With a basket in hand, I nervously climb up a few steps, grabbing onto his open-collared shirt. He places his hand on the small of my back, the face behind his wide-rimmed glasses full of calmness, a constant easiness. Assured, I let him guide me to the top step. I reach out and grab a fistful of blueberries.

Some years pass. I’m in church. The priest begins his homily, turning my attention from the way the wood is stained on the pew before me. I lean back in my seat, eyes on Father Bill, the man of the hour, literally. All of his stories begin the same way, starting with some recent event that links to and illustrates the Gospel reading. I don’t really care how much is invented. It isn’t a lecture. He is sharing with us, teaching us what makes life so worthwhile. It is the same consciously peaceful, caring attitude of my grandfather. For the most part, it’s the little things, the things you don’t usually notice, that end up having the biggest impact on our life. These seven-minute tales pull me away from the monotonous bore of church, reminding me of the unspoken closeness I share with my grandfather. It may be that I took these stories for granted early on, but, as I age, I listen ever more attentively to the smallest details—and then one Sunday we are told that Father Bill is ill.

Bill is also my grandfather’s name.

I’m sitting with my family in Norwood Hospital. My grandfather lies quietly in the bed. Flipping through the channels, my mother starts to ask if the Sox are playing today. He tells her which channel to turn to before she has finished asking the question. There’s nothing about baseball, and especially Red Sox baseball, that my grandfather doesn’t know. The Parkinson’s hasn’t take that away from him.

It’s been a long time since we picked those blueberries.

Mom tells us kids that it’s time to leave the hospital. I take off my Red Sox hat as I approach his bedside and lean over, my grandfather looking up at me. With a kiss to his forehead, an “I love you,” and a squeeze of his hand, just to make sure he knew I was there, I turn towards the door. Dad wraps his arm around my shoulder as we walk out. But just as we are leaving, my grandfather’s new roommate is being rolled in.

And so it is. His Bible sits at the end of his bed. He smiles and shakes our hands. I wonder if he recognizes me. Whatever nervousness I had begun to feel as I left my grandfather’s room dissipates. I had heard of how Father Bill was being moved in and out of different hospitals. And now he’s here, with my grandfather and with my family. And that’s just a funny thing.

Since my grandparents’ move to Walpole from Falmouth—where we picked the blueberries–and, in turn, my grandfather’s passing, the only trips I make over the Bourne Bridge are to visit him at the Massachusetts National Cemetery. It’s the first anniversary of his death.

He has rubbed off on me. He even taught me how to care for my grandmother, cracking a joke at the perfect time, just so she knows I love her. I stand by the grave, my grandmother’s hand in mine, as I think back to his last year. As his nervous system deteriorated, and his walking slowed, and his back arched, my grandfather kept going. His stubbornness, that I know all too well in myself, kept him fighting that stupid disease. I knew he would never stop the fight. Even when walking to the end of the driveway to get the newspaper became a huge physical and mental test, each step a battle and the stairs a mountain, he always persevered.

It’s a cool day on the Cape. My grandmother stands beside me. The wind dries the tears as quickly as they come. The moment feels surreal, to realize the impact of my grandfather’s life, as I recall times we shared. I look to my left, noticing blueberry bushes lining the woods.

Sean R. McCarthy attends Worcester Polytechnic Institute, in Worcester, Massachusetts, pursuing a degree in Interactive Media and Game Development with minors in English and Entrepreneurship. He is influenced by the imaginations of Jim Henson and Walt Disney.

One thought on “The Things That Live On”